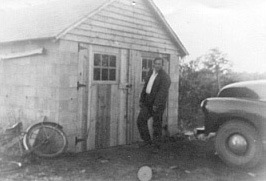 The founder of Scott’s Cabinet Shop is Ercy Lee Scott. The company was started in 1955 in a 12′ x 25′ garage on Wiggington Road in Lynchburg. Mr. Scott was self motivated and a highly skilled mechanical person. He knew that he could do anything if he set his mind to it and worked hard enough. Because of the love of working with wood, he decided he would like to be a cabinet maker. Not having many tools and a small place to build cabinets did not discourage him. One by one he acquired the tools. As he begun building kitchen cabinets, he would have to complete one cabinet at a time and store each cabinet in his house until the entire job was completed.

From the beginning the company began to grow at a quick rate. As people saw the skills and workmanship in Mr. Scott’s cabinets; the word began to spread. Ercy had several helpers in the early years. However as his sons grew older; he trained and passed his skills on to them. Paul was the first son to work in the company, then Tommy, and Garnett. Each person realized that running a small company meant that what ever job needed to be done, from sweeping the floor to building the cabinets, it was important enough to do right. Scott’s Cabinets employes 17 persons including 3rd generation family. The Scott’s Cabinet Shop building on Wiggington Rd. was added on to several times, and had a total of 3,000 square feet. 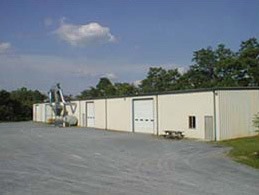 In addition to custom cabinets, Scott’s Cabinet sells factory cabinets by Marsh.Scott’s can complete your remodeling job from top to bottom. Including cabinets, electrical, plumbing, tile, and flooring. We are also involved in the commercial market place dealing with many local builders and contractors.